Zaina Arekat is a Palestinian-Bahraini guitarist and composer living in the Northern area of the Arabian Gulf Island of Bahrain. She was diagnosed with a rare type of muscular dystrophy called Nemaline Myopathy at an early age. She contracted pneumonia as a teenager and lost her vision within a few months time due to optic neuritis.

As a child, she had an interest in various genres of music(I.E classic Arabic pop, classic rock, and English language pop). Upon developing a deeper interest in guitar music, she took up classic guitar lessons at the age of fifteen. Although that venture only lasted one summer on account of Zaina's insistence that she does things her own way. Following that decision, she would occasionally sit down with a guitar and attempt to teach herself to play covers of her favorite songs, but she felt that she wasn't learning, so she quit playing.

After she fell ill at the age of 18, she resorted back to her guitar and started a YouTube channel with the help of her younger sister, Hiba. Her musical interests then shifted, and she started listening to different music genres, such as symphonic metal, folk metal, and European folk and medieval music. She recently released a music album of her compositions titled 'Mind Journey'. 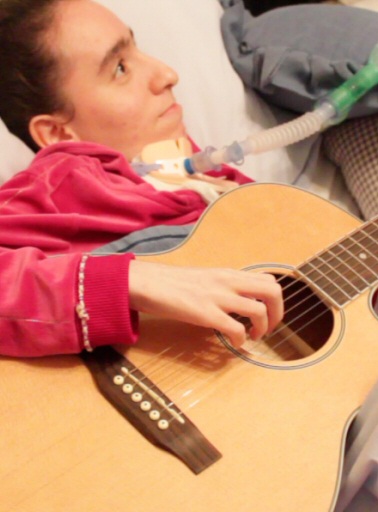