Todd James, originally from Adelaide, South Australia, now lives and works as a drummer and drum teacher in Berlin, Germany.

Todd is currently playing all across Europe in 2 successful touring acts BuckIt and Beranger (recently played MELT festival). He adds "My career is on an upward journey and of recent years has been sky rocketing".

After early years as a trained classical percussionist, and American Drum corps snare drummer, Todd moved into the Heavy Rock scene playing for bands 'The FAK' and 'Zen Stella' in Adelaide. These bands were beginning to see minor success as the style of music was right on time. Todd adds "Just as things were becoming very clear with my drumming career November 12th 2012 a the tragic car accident took place. The last thing I remember is the Car being upside down in the middle of the night on Landers road, Sheidow Park, a suburb of Adelaide. This was my first ever Car crash and I remember thinking to myself 'Oh wow, Car crashes arent that bad after all, I feel Ok". I Decided to climb out of the flipped destroyed Car, I was so focuses on avoiding the glass that was smashed everywhere I didnt consider any other injuries. I climbed out and felt fine, My hand was stuck and I thought maybe its caught in the seat belt". 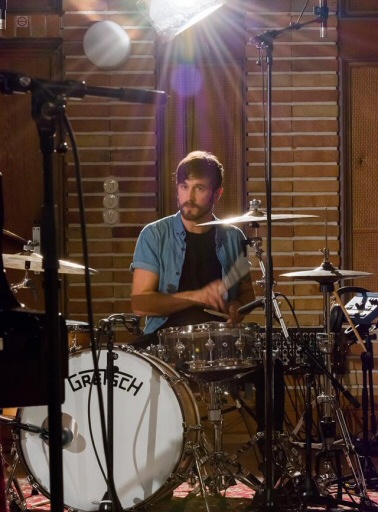 Being a bit light headed, Todd looked to see his Right hand squashed and under the roof of my car. He adds "Adrenaline hit my body, I went into an intense panic as I tried to lift the car with one hand and pull my other from under the car. At this point I was using all my strength and at the time I believed I was just saying good bye to my fingers". Once Todd's hand was out he was losing so much blood, he kept standing and collapsing repetitively until people ran out of their houses to help him. Todd says "Apparently I kept saying 'I need my hand'. Eventually the ambulance arrived and with one look They said without doubt 'amputation'". After a few doctors investigated Todd's hand in hospital as his family waited anxiously they said only one man could possibly make Sense of this hand again.

Todd adds "Im blessed that Dr Phillip Griffin woke up at 3am to do an 8 hour surgery followed by 5 more in the following months. With many fixed nerves, replaces knuckles, fused bones, skin muscle and vein grafts He managed to put my hand relatively back together. I am unable to make a fist and never will and In fact the only finger that bends all the way is my index finger. The Doctors weren't for giving me false hope and confidently stated 'You will never drum again.' After 2 weeks out of hospital I had made a 1 handed drum kit. My left hand was playing the cymbals and my left foot was playing the snare with a pedal. After 4 weeks I began to duct tape drum sticks to my barely moving hand. 5 Months later I was back playing 'The FAK' reunion show with nothing but a rubber band around my hand".

Todd currently plays regularly around Berlin with various bands and has busked around the world. He also teaches at Dr Paradiddles Wonder Drumporium in Berlin. Todd adds "I have since played For many great artists world wide and am at the best I have ever been as a drummer, I don't think of myself as disabled and if anythingthe incident made me love drums for drums rather than for being competitive".