Rudely Interrupted One of Australias most unique indie rock acts, touring and releasing their brand of pitch perfect indie/rock/love/pop anthems across the Globe since 2007.

This remarkable contemporary group of unlikely rockers have carved out a social & sonic signature all their own. In 2008 Rudely Interrupted were the first ever indie band to perform at the United Nations in New York City, which in return sent them on an international touring path to this day.

Recently returning from their 13th international tour where the group performed with the amazing 80 pc Alberto Pio Orchestra in Italy and then flew to LA for the craziest party ever, the Twenty Wonder celebrations at the Doll Factory LA. Its been a huge start to the year for the guys and we cant wait to take the show to Australian audiences. 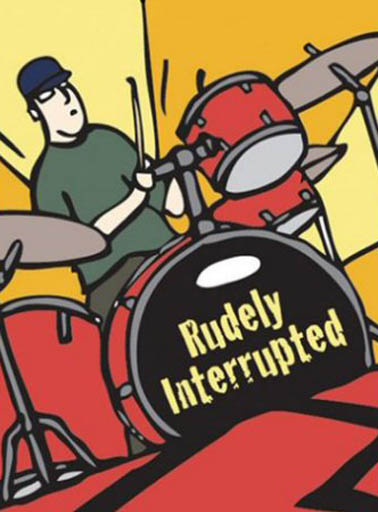 Rudely Interrupted are incredibly proud about their 4th studio project, "I Am Alive". "We all really believe in the new record and the new songs, the whole performance is right, its so much fun to play the new songs, the bands got a new spirit of confidence about it."

On first listen youll be quickly taken on a journey where your worries will be left behind, for over two minutes youll be taken on a beautiful ride, youll feel ALIVE, uplifted and carried on a seamless musical journey full of hope and life affirming goodness, Rudely Interrupted have arrived!

"Their music is some of the most energetic and genuine to emerge from the Australian rock 'n' roll underground in recent times." Timeout Sydney.

Rohan met Rory by chance in 2006 at a BBQ, the coincidences from that moment onwards led them to begin writing and recording songs under the name Rudely Interrupted. "We are always searching for the perfect pop song".

And in 2008 Rudely Interrupted were the first ever indie band to receive an invitation to perform at the United Nations in New York City, which in return sent them on an international touring path thats turned these guys into a "rock n roll" touring machine.

In 2009 the band independently released their AFI nominated DVD of the UN US, Canada & UK tour which premiered nationally in Australia on ABC TV 1 gaining the band a bigger audience and as a result Rohan was invited to appear on Australias much loved national ABC TV show Spicks & Specks. The documentary has been screened all around the world in many inclusive and mainstream festivals gaining the band some high profile media.

In June 2010, an invitation to perform at the Kennedy Center in Washington DC for the VCA Arts International Festival followed by a tour up the East Coast of Nth America and Canada, selling out venues and including a live performance on the highest rating commercial TV program in Canada "Canada AM"

2011  Rudely Interrupted teamed up with Scope and Leo Burnett to create a stunning film clip "Close My Eyes" directed by Tov Belling which won the Grand Prix for Good at Cannes LA and as a result was screened all over the world, and reaching top 20 in Luxemburg iTunes sales charts and reaching commercial TV in Europe and the UK.

July 2012 Rudely Interrupted had a few line-up changes resulting in Rory taking the lead keys and vocals role with ease, using the autistic mind to his advantage and recorded "Mystery Girl" EP. The first single "No Goodbyes" reached community & commercial airplay across Australia and the group toured to New Zealand, Germany, UK, as well as a 14 date, Australian East Coast tour in Nov/Dec 2012.

2013, the jet setting group were invited to and performed in China at the Hong Kong Jockey Club followed by a short tour to New Zealand performing two shows in Palmerston North. In December 2013 the band headed to the studios to record their new EP "I Am Alive".

In 2014 released "I Am Alive" performed live in Italy w/80 pc Alberto Pio Orchestra, then flew to LA for the Twenty Wonder celebrations at the Doll Factory LA for a 1100 strong audience, including some very famous folks.

After returning to Australia the band released their 4th studio project "I Am Alive" and toured up the East Coast of Australia with performances in Lismore, Sydney and Melbourne. The single received a lot of coverage on Australian radio, Triple M Double J, 28th in the Traxx top 50 for 2015, CBS News, Yahoo Music, Italy iTunes.

Rohan had an unfortunate accident in June 2015 and now lives with 14 titanium pins holding his foot together. It has been a steady recovery over the past 12 months. In this time the band have written a new albums worth of songs and have been rehearsing heavily pounding the new tunes. "Theyre good, really good and we cant wait to get these new songs out, were ready to rock n roll". Says Rory

Rudely Interrupted is neither a novelty act nor a cover band but rather an inspiring and talented group of musicians that pump out uplifting pitch perfect indie-pop described by The Village Voice, "... as the real deal a Melbourne group with a taut impassioned sound somewhere between the Killers and Wire". 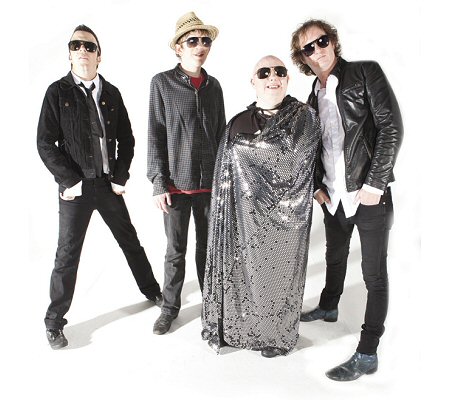 Rudely Interrupted - "I Am Alive"