Justin Hines is no stranger to physical pain. Born with Larsen Syndrome, a joint dislocation condition that keeps him in a wheelchair, it has helped Justin deal with the many challenges faced in life. As a progressive condition, doctors told him early on that the continuous curvature of his spine would not take much issue until later on. The timing of that diagnosis came earlier, just as he was preparing to record new songs.

"My producer and I started noticing a slight change in my vocals and lung capacity after we wrapped up the Chasing Silver album (2009)" remembers Justin, "but it was not until 2012 that it really became an ominous situation that could put a full stop to my career. I found myself really struggling to sing with full strength. It was intensely painful as the effects of the scoliosis was creating new physical obstacles and new obstructions to my lungs and vocal cords." 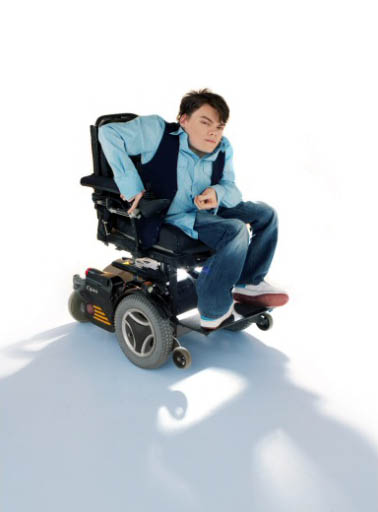 This came as a huge blow to all concerned and left many with the gloom-laden possibility that this could be his final record. A man who always thought of his cup half full was now seeing the reality in the other part of emptiness.

Justin had spent his entire life helping those less fortunate in life through charitable fundraising in all corners of the world while at the same time spreading the word of truth and love through his music. The idea of this coming to an abrupt conclusion was not something he was prepared for nor was he going to lie down and resign himself to it. Justin decided the battle could not be lost and did what we knew he would do; find the strength and determination to soldier on through, no matter what happened.

The experience left an indelible mark on the proceedings during the recording and Hines admits that listening to the new tracks was not easy for him. "The audio is tangible proof of what was happening to me. I have always reflected authenticity in my work so if you hear a sense of despair, some anxiety and a different kind of energy at times, its because its an accurate snapshot of how I was feeling."

The silver lining of this scenario was how the album turned into a watershed moment for his music. Early listeners of his new music have been surprised and impressed by the raspy, deeper vocals and, at times, a darker shift in lyrical content.

"I found myself out of my comfort level; I had my new health concerns, family worries, questions of where my musical path was heading. My whole world was being rocked yet in the end it became a blessing in disguise. I am thrilled and relieved that people are responding so positively to the new sound. Singing used to come so easy to me; no warm ups were needed. I am still grateful for my voice even if it now requires much more effort and adjustment in order to be heard."

Indeed, Justins home in the music world is not cut and dry. "Most people assume there are challenges to being a performer in a wheelchair and indeed there are some, but when an audience sees you climb on stage via a giant metal ramp, you kind of have their attention", Hines laughs. His against-all-odds back-story garners strong interest and helps him stand out in an overcrowded marketplace.

Armed with the experience of a U.S signing to a major label under his belt, a slew of positive reviews for his last album, "Days to Recall", a massive PBS television special (which aired in North America over 400 times) and a guest slot on CBS Sunday Morning, Justin is excited and confident about the future. He has been able to regain his status as a missionary of hope to those who have been touched by his magic in the past and the many who will feel his presence in the future. One can breathe a sigh of relief as doctors who dealt with the health issues over the last several months have given him the green light to continue living his dream.

"With the new album finished, I feel a little less pressure on me; I have a feeling of refreshment and a clearer head. I am undaunted in my pursuit to do what I do best: perform my songs to everywhere I can and embrace those moments."

In the summer of 2013, Justin Hines and Canadian duo Ash & Bloom embarked on a North American charity tour; traveling over 12,000 kms and giving 100% of ticket sales back to over 70 charities. His latest album "How We Fly" was released in Canada on May 14th and marks a new path in his journey.

In January 2014, Justin was awarded the prestigious Order of Ontario, for his charitable work and international success.


Justin Hines "Say What You Will"