Jack Thomas is a musician, audio engineer, music producer, and motivational speaker from Vancouver, Canada. He has been playing music for over 10 years. Jack says "I started playing the bass guitar just before I turned 10, and picked up the drums at the age of 13". In that time, Jack taught himself guitar and a little bit of piano. He adds "I've performed in numerous bands, produced albums for other local bands as well as my own, and have been a session musician for countless music recording projects. I am currently an active member of the local music scene".

On September 4th, 2015, Jack's right arm was torn off at the elbow by a conveyor belt at the recycling plant he was working at. Jack adds "I was in the hospital for only 6 days before being transferred to GF Strong Physical Rehabilitation Centre to regain my strength and relearn how to live". After staying there for just under a month, Jack was able to go back to school, relearn how to play the drums and bass, and graduate on time in June 2016. He adds "At the end of my 12th grade year, I was the only drummer in 3 years to be a part of the annual 'Band of The Year' award from the Terry Fox Secondary Rock School program, run by Juno Award Winning Steve Sainas. I was an 8 time winner of the award, as well as the winner of the 'Contemporary Music Student of The Year' award". 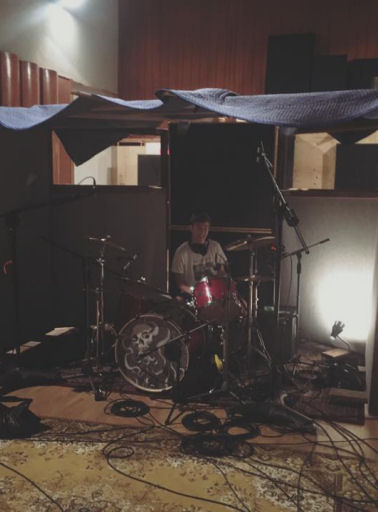 He adds "In September 2018, I was awarded with the Musicounts JUNO's Academic excellence award for my work at Nimbus. I was given a grant as well as a week long music industry retreat in Toronto".

Jack is currently in two bands, one of which is locally known in the heavy music scene. He has recorded, produced, and mixed albums for local bands playing in several genres including punk, indie, rock, hardcore, and metal. He has also produced all of his own band's material. He adds "Its common for me to have 3-4 different band's projects on the go at once".

Aside from music, Jack works with WorkSafe BC as a motivational speaker. He adds "My purpose of speaking is to influence positivity and encouragement in others to help them find motivation to reach their goals, as well as speaking on the importance of work safety, and knowing your rights in the work place and being able to listen to your gut when something at work seems unsafe".