Bruce Hayes is a drummer born with Cerebral Palsy from Henryville, Indiana.

He says his CP affects the way he walks.

Bruce has been playing drums since he was in grade school. Music has always been a big passion for Bruce.

He says "I was influenced to play the drums by my father Steve Hayes, and would always sit an watch him at his band practices and i loved it."

Bruce played in a classic rock cover band called Blind Fate which were together for about 11 years. They played many of gigs over the years in the Southern Indiana, Louisville Kentucky area.

Blind Fate played covers from AC/DC, White Cherry to Radiohead and The Doors. 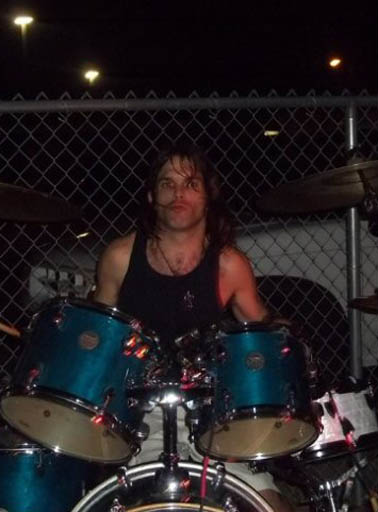 After Blind fate Bruce found Meaux Swafford a talented vocalist and guitarist and ken winans an amazing lead guitarist and vocals and Matt Johnson and a amazing bassist and formed Late Night Scholar and they have played quite a few clubs in southern Indiana Louisville area.

Within a year's time kingfish Nirvana Billiards Club Bearno's Pizza and TK's Pub are just a few of the venues that they have played. They are working in the studio at the moment on some original music as we speak.