My name is Manikis Kostas and I was born in Thessaloniki, Greece in 1982.

I studied Music Technology and Acoustics In Rethymno,Crete. I played acoustic guitar in various projects from 2000 to 2010. Between 2008-2010 I was dedicated to traditional music and started to play professionally.

In December 2010 I had a car accident that left me quadriplegic with very limited hand function. Then spent almost a year in SPZ,Switzerland where I discovered new possibilities about music.

After that,I devoted my self into composing with virtual instruments.

Nowadays, I'm a composer trying to make it in the film industry and songwriter.The sound the same,but they are quite different. 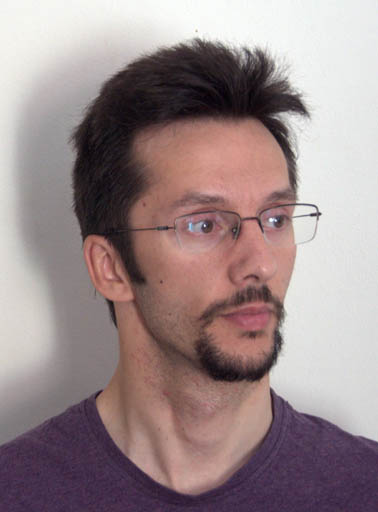 I'm using Midi controllers, both custom and commercial made, to express myself musically. Still, a trackball mouse is my main instrument.